Lately I've written a lot about the tough times we've been having and it's dull quite frankly. Last Thursday we had the kind of day that, if I could, I would bottle and store as a reserve. I would lovingly mark the date on the label and tuck it away for those 'oh God I am so bad at being a mum' days.

Yesterday was a good day.

It started with little promise: rain, crossing London in rush hour, a failed nap. I suspected doom before I opted for my go to solution on such days and decided to walk it out. I grabbed our trusty sling and popped the Playful One in and took off in the hope that movement would divert us from an irritable tangle that I could see coming.

I realised as we started moving that we were about to cross part of my favourite London walk. In my pre baby, pre London living days I would commute daily to East London and on Friday I'd pop in my headphones and jump off the train at the Tower of London. From here I'd cross the river via Tower Bridge, move down to the riverside, past City Hall, along past Southwark Cathedral, The Globe, Tate Modern, The Oxo Tower and finally into Southbank where I'd get home via Waterloo. I'd vary this journey by popping to Borough Market or watching some free music at the Royal Festival Hall for example but I loved this ritual. I never wanted to get home, just keep discovering, because every time I did it, I'd find something new.

So I took the Playful Baby along a variation of it, opting for as many experiences for her as I could think of off the cuff. Here's how it went:

There's currently a herd of painted giraffe sculptures to celebrate Colchester Zoo's 50th anniversary in More London, right by City Hall. Between this and the water features, we were off to a great start with Playful Baby whooping and giggling in delight. Giraffes are very funny apparently. 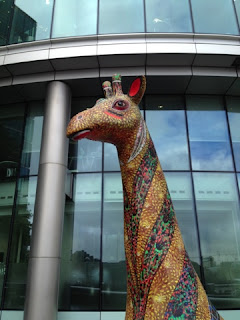 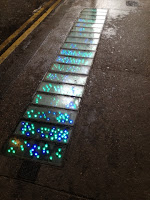 We then walked along the river, past HMS Belfast and ducked under a few bridges that I remembered had light installations. Much whooping and leg kicking from the mini one at this too.

We waved at the knight who guards Southwark Cathedral.... 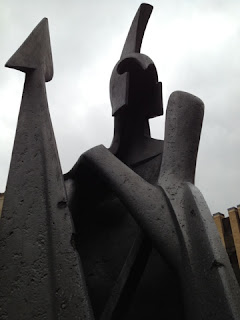 .... Then we were in the midst of the noise, sounds and smells if Borough market. 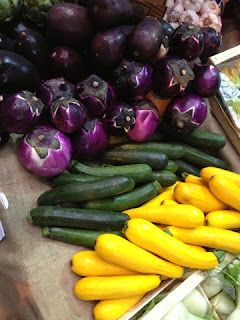 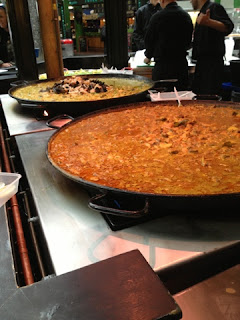 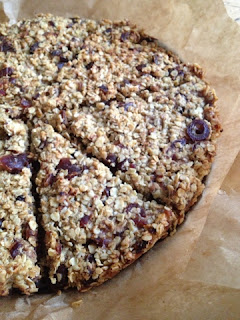 I finally tired her out with a train journey home (she loves trains) and we shared lunch and chatted about our morning. She was so tired that she napped like a champion that afternoon and I got in some baking!

(More to come about these flapjacks- they're baby friendly and I have ideas for how to make them even yummier. Standby for epic deliciousness).


We had lots of fun that afternoon, bombing around the house, getting chores done.... 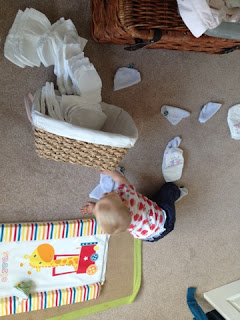 We finished the day happily, singing to the radio and sharing flapjack for pudding. While little one dreamt of painted giraffes, I even got some knitting in.

I'm sure you've figured this out by now but sometimes, all kids need is a change of environment. Little Man can be the biggest pain in the butt sometimes and then I just take him somewhere different and he's fine. Little weirdos, they are.

What a playful way to spend the day! Wishing you and the babe many more.

Your day sounds lovely. And now that I've been in London for a month or so, those landmarks are actually familiar to me! Enjoy the good days, and don't feel badly about the bad ones. Parenting is the hardest job around.