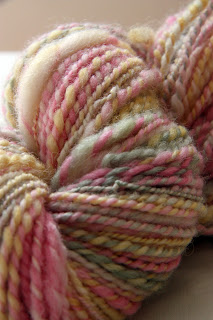 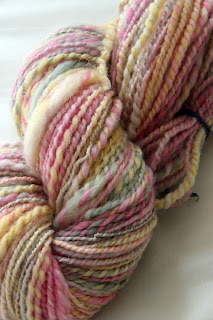 I'm pretty pleased though and I love spinning. I just need a magic fairy to bring me a wheel now...
Posted by A Playful Day at 09:30

Very pretty! I know nothing about spinning and am afraid to learn. I already have more yarn than I could possibly knit, I'm such a slow knitter. But it sounds/looks like so much fun!

i love spinning. so much fun. you are doing great for a beginner. i'm impressed. be forewarned, spinning doesn't help with stash reduction!