Good morning all. 6 hours sleep. New record. Well atleast I have the pleasure of bringing you a new featured along with a promo! Robynn is offer readers of the blog 20% off these adorable pattern wallets by entering the code 'playful' at check out. The offer will run until the end of May 2011. Happy shopping! 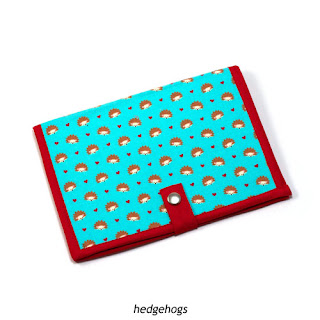 Tell us about yourself
I run online shop purlescence.co.uk, “keeping knitting delightful since 2006”. (A Raveller once thanked me for “keeping knitting delightful” and I thought that was just the best compliment, and neatly encapsulated what the shop was about!) I’ve also dabbled in design, with two patterns published so far – my first was the popular Twist & Shout jacket from Knitty’s Fall 2008 issue.


How did Purlescence come into existence?
Like most knitters I spent years building a fantasy yarn shop in my head, but I never really meant it. But one Christmas, Armin (my partner) gave me a pair of Lantern Moon needles, and I found I just couldn’t go back to plastic or metal. At the time they weren’t available locally and the US websites were all rather horrible to navigate. I whinged for a long time, asking “why isn’t anyone importing these,” before starting to ask “why aren’t I importing them!”
I’ve always been a bit terrified of starting a business (each of my parents had at different times lost a lot of money trying it), so I had to trick myself into it. The first step was to mention my idea out loud to my husband, knowing that he’d be fired with enthusiasm and basically make me do something about it. Then I just kept telling myself it was only going to be a tiny little venture, no big deal at all really, even as it kept growing.
Starting up was hugely exciting, but also overwhelming, and because of this rather shambling, improvisational approach, I made a lot of mistakes. I would advise anyone else to plan big from the start, and structure the enterprise accordingly (in terms of tax, financing etc). The other thing I always tell people talking about starting a yarn business – especially online – is to think very hard about what makes your idea special. Why should a customer come to you and not another shop that perhaps they already know? The answer has to be obvious. With a bricks-and-mortar store maybe location is enough; they’ll come because you’re there (we all know that there’s a dire shortage of yarn shops in the UK). But on the web there isn’t any passing trade. You have to earn your Google ranking somehow and generate a lot of word of mouth. Great customer service is essential but it’s not enough: you also need a clear focus in terms of products on offer, or an exceptionally user-friendly website, or whatever. (Of course, offering the best prices or free shipping would be a great draw too. But competing on price might be just too difficult for a start-up, unless you’re very well-funded and sure you can generate enough turnover to make the numbers work out.)


Do you have a future plan?
I’m actually in the process of handing Purlescence over to a lovely new owner. Selling up has been as scary and exciting as starting was! Another web shop owner advised me to advertise the sale as publicly as possible; she said: “It will feel like walking down the street naked but it’s important to get the maximum interest.” She was right on both counts. I felt horribly exposed, but got a lot of enquiries, which ultimately led to a good deal. Also, and maybe even more importantly, inviting offers from my most loyal customers (my Ravelry group) meant that potential buyers were people who understood what is special about the business, and cared about that. I am so excited about the buyer because I really think she gets it, and will do a great job with my baby. (Letting go is soooo hard!)
Future dreams revolve around design. But with a toddler in the house, severely limiting my opportunities for the concentration-intensive work of pattern writing, I’m not making any promises.


Where do you find inspiration?
I’m a sadly literal person. I just design what I want to wear. I’ve always been more into making it up for myself rather than following a pattern; ideas usually start with the yarn, and are guided by what’s missing from my wardrobe and ideas I’ve been harvesting from fashion and films. No inspiration here from the bark of a tree, or a lichen-covered rock, or origami birds… just clothes. Dull!
Similarly, for the shop, I usually choose products that I want for myself… I have tried to branch out a bit and choose colours to appeal to different personalities, for instance, but it usually doesn’t go well. 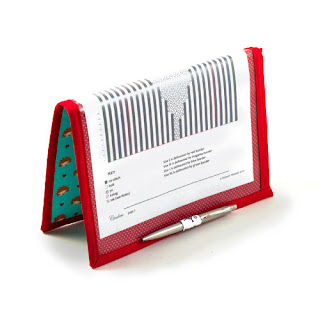 Favourite Childhood Game?
I remember making up a game, something cross-bred from stick-in-the-mud and spying games, and teaching it to my classmates at at least three different schools. (I moved a lot at that time.) But usually I just had my nose in a book.


Are you an early bird or midnight owl?
I think it’s unfair that there’s no term for those who shine in the afternoon. Wait, maybe there is… “lazy”?
I really like my sleep! I’m definitely not a morning person, but unlike my husband, I also don’t like to work all night. I can’t seem to knuckle down to any serious work before around 11am. In an ideal (childfree) world I am most productive from around 3pm to 7pm, but I can work well after supper too, till around midnight. I just don’t like to.


Tell us about a dream you recently remember
To misquote that Emma Bridgwater tea towel, I had a really nice dream once about George Clooney… Oh yes, that stuck with me. Largely because it’s quite unusual for me to have a (coff) special dream about someone actually fanciable. Also, because he was exactly the way you’d expect him to be: a lot of fun. Ever since then I’ve felt remarkably fond of my man George.


When you daydream, where do you tend to end up?
Concocting elaborate plans for the best knitting cafe in the world… no, Purlescence hasn’t yet got that out of my system!


Tell us something fun about you or something you’ve seen this week
I took a rat to my university graduation. No really. I kept pet rats, and frequently carried them with me to class; one of my lecturers joked that after all that the rat deserved to graduate too… and lived to regret her words. (The following year, instructions to graduates specifically included the new rule “NO WILDLIFE”.)
Posted by A Playful Day at 08:12