Blog naivety or why I shouldn't just assume no one reads this.

This morning I woke with a crushing feeling in my chest, I was in pain and convinced today would be my last. I hit my alarm and announced 'I'm not going in to work today, I'm going to the Dr's'.
Allow me to explain. One of my many health complaints is asthma. This weekend it pretty much taught me a lesson: I should respect it (and possibly always have the giant nearby, he saved my life). I've been wheezing since and not overly thrilled at the idea of a) going on the underground b) exerting myself running around at work or c) the giant going away for 2 weeks and I might die alone in the flat where only my corpse's smell will alert neighbours to my demise.
I often write when I'm anxious. This very blog was started as a remedy to crippling PTSD and I have fiercely protected it of any negativity and up to this point not been prepared to state why I needed playfulness. It's not shame, I'm just not a fan of oversharing on the internet. It makes me feel icky in my tummy. Instead, I have a journal that I keep when I travel, a recipe journal and a kind of 'whatever mood takes me' note pad where I doodle, write play list ideas and jot down feelings that need to be documented sometimes in order to be owned.
Today I didn't want to write it in a book. I wanted to see how it looked on a page. An obscure thought and leave it at that. I didn't care for it sat on this playful page and hit delete and walked away, to the Dr who agreed anxiety is a natural response to a near death experience and I was wise to call in and check my peak flow and that the dreadful beast PTSD was not about to cut me down again.
I returned and found an overwhelming number of contacts from people, via Ravelry and my inbox that asked gently if I was ok. I had managed to forget that by hitting delete, the RSS feed would still appear in google reader etc but there would be no post. This would be quite daunting seeing as it stated that anxiety was a killer.
I am honoured to know you all and embarrased that I didn't think that one through. I don't like oversharing on the internet but stating the obvious today seems ok. Today wasn't a good day but it's getting better. I promise xx 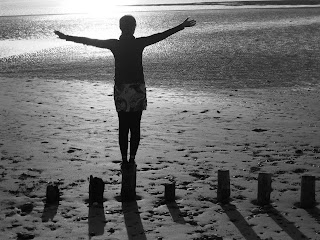 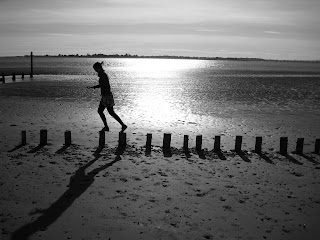 Yeah, I went to open up the post and it wasn't there......I was a little worried but noted that there was another one from you so that you were, at the very least, alive and kicking in some fashion.

I did wonder what happened? I noticed a strange post in my RSS Reader but I just thought it was some sort of techie test post or something.

I didn't realise that it was a genuine post. I had no idea you suffered from PTSD. I'm glad that you're sort of OK now.

You don't need to justify why you blog. We all blog or craft for different reasons. Some because they like to share with like minded people, others do it as a form of therapy or just to de-stress.

It doesn't matter why, if you enjoy it, just do it!

Finding your podcast has been a tremendous help to me. Hope you are still finding it as helpful as I do. *hug*